The above photo was taken early spring of 2005 prior to application of Mar Hyde Ultimate 2K primer. 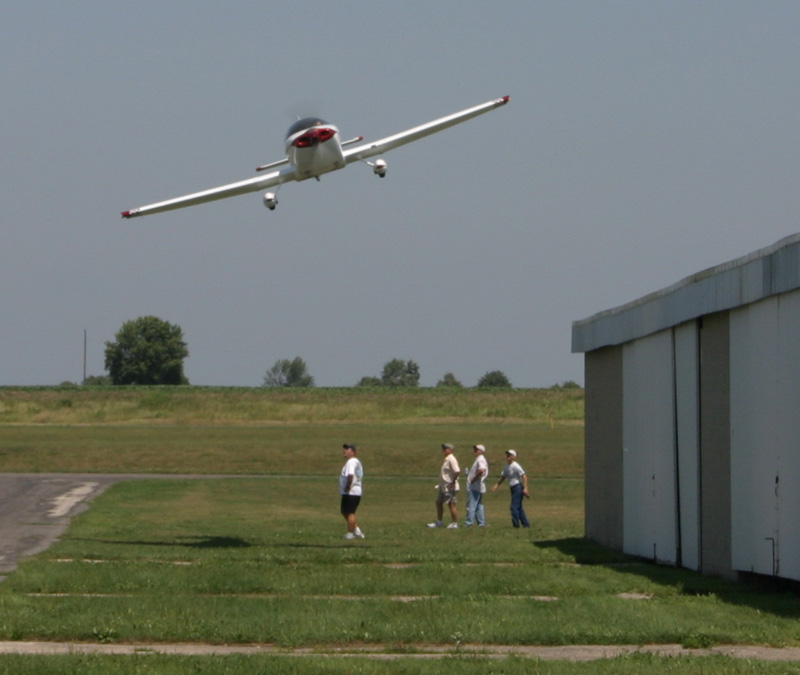 Bill Clapp doing a high speed pass over the hangers at Hartford, WI airport the day before Airventure 2005.